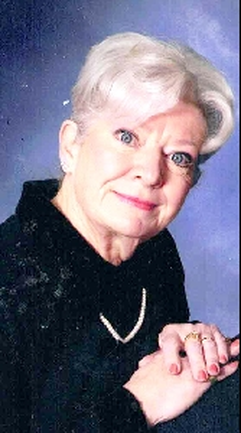 The Alaska Association of Figure Skaters mourns the loss of our first President, Carol Ann Stedingh.  A pillar of the skating community in Alaska, Carol's dedication to our club during its foundation is immeasurable. Our thoughts and prayers are with the Stedingh family.

Longtime Anchorage, Alaska, resident Mrs. Carol Ann Stedingh passed away on Aug. 23, 2022, at Providence Alaska Medical Center. Her sunrise was on Oct. 10, 1946, in St. Paul, Minn., to parents Donald and Ruth Merle Brown. She graduated high school in 1964 from Denver North High School, and took numerous courses related to insurance and law. Her residency in Anchorage began in 1966, where she went on to work for numerous places such as Townsend Insurance (1966-68); Elli, Guess and Rudd (1970-74); Hagans, Smith, and Brown (1975-1990), and Bradbury, Bliss and Roriadan (1990 -98), Kasmer and Sloan (1998 - 2004)
Carol was a member of Chapel of the Cross, one of the founders of Alaska Association of Figure Skater, and in her earlier days was a member Alaska Mountaineering Club. She enjoyed theater, painting, dancing, mountain climbing, hiking, "ice dancing" and reading. When she was younger, she was always hiking and mountain climbing with her friends. She was devoted to her husband and two boys, and all her energy was put into their activities, whether it was baseball or figure skating for her younger son, Derek. Carol was known as an excellent cook and blessed her family and friends with that talent. After retirement, Carol and her husband Kurt toured the United States with their fifth wheel trailer and dogs several times.
She was preceded in death by her parents, Donald and Ruth Merle Brown; siblings, Phillip, Myron and David Brown; and younger son, Derek. Surviving Carol is her beloved husband, Kurt W. Stedingh Jr.; sister, Ruth Carlson; son, Donald (Carolyn) Stedingh; and grandchildren, Mycala, Cheyenne, Autumn and Dakota Stedingh.
A Memorial Service will be held on Saturday, Oct. 22, 2022, at 1 p.m., at Chapel of the Cross, 12230 Hillside Drive, with Rev. Rodney Wikoff officiating. In lieu of flowers, memorial donations can be sent to New Hope on the Last Frontier, 1220 E Street, Anchorage, AK 99501.